As a Christian, I’ve never been brought up to enjoy Halloween.  As a child myself we’d go to a big party at Church instead, where all families were invited, and the community as well to do crafts, watch fireworks, have a bonfire and eat hotdogs.

And now we have Joel, it seems harder to avoid Halloween.  It’s everywhere this year.  Commercialism has completely taken over.  The shops in the high street are decked out in orange and black with cobwebs everywhere.  I dislike the commercialism of it a lot.  It does feel a bit as though we’re being duped into having a holiday forced on us and people are going for it.

As a country we do like an excuse for a party, and this year, I’m evaluating my thoughts on the whole Halloween in light of having Joel.

His nursery were having a Halloween party today.  I’d told them Joel wouldn’t be dressing up, but would be attending and it made me worry that this was the last year he’d not notice he looked different.  My friend from Church also said Trudy wouldn’t be dressed up.  Then they changed the theme to bonfire.  Whether this was for us or other parents didn’t want the Halloween conotation I don’t know.

On taking Joel this morning, half the children were pumpkins or skeletons, some were princesses and about half were in normal clothes.  Joel was wearing a dinosaur jumper with jeans.  Maybe he could have been a pirate or something like that.  I just didn’t know what to do for the best.

Am I wrong to dislike Halloween?  It just holds conotations of evil and paganism for me, and I really dislike trick or treaters.  As a Christian we believe in evil.  And yes, we believe that Jesus has conquered it so why should I be afraid or feel that Halloween is letting the devil win?!  I disagree with letting children going to knock on strangers doors and beg for chocolates and how greedy it makes them.  I hate having surly teenagers appear at my door just wearing a ‘scream’ mask and expecting to be given chocolate and if it’s not good enough, telling me so.  I don’t think that’s a good example to set children.  I’d like Joel to become a polite boy!!

But am I being a bad Christan by being a party pooper?  Will Joel resent not being allowed to participate?  What I think I might have to do is organise a proper party next year in a hall.  I’d not mind fancy dress, and chocolate but under proper supervision, and with an emphasis on family and fun.  Because who minds a bit of apple bobbing or doughnuts on a string?  Games are fun.  I guess shutting myself away and ignoring it is not the way to go anymore!

I’ve listened to a talk given by our minister on a podcast :- link here if interested and I think I do need to evaulate where I stand on the matter and remember that in Jesus, we already have the victory and focus on the family fun side in an evangical setting.  Which I guess we’re called to do in the Bible anyway.  We should use Halloween to be in the world and encourage others, and share the good news.  This may sound a bit bible bashy to some, but I wouldn’t have it any other way!!

Joel’s nursery have sent me these proofs which I think are mainly very cute indeed, although I wasn’t happy with two of them that I would buy if straighter, so on emailing, I’ve had them amended! 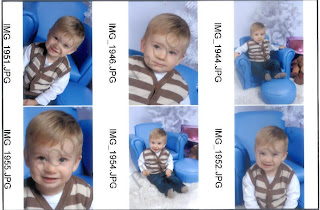 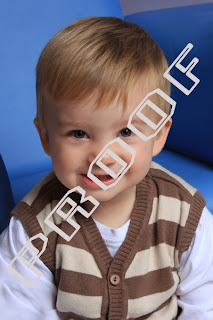 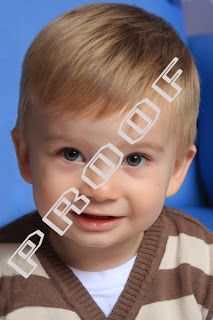 The smiley ones are my favourite.  He looks a bit too scared in two of them, but they’ll make a nice present for Grandparents this Christmas!  The photographer was a bit loud, and strange, and I think that’s reflected!  Plus, Joel went first so it was all a bit new to him!  Not that he’s a stranger to cameras in his face I guess!

Steve certainly has a different parenting approach to mine.

Yesterday we were eating some dates and Joel wanted one.  I said it wasn’t a good idea, but if he must to remove the stone as it was a hazard for him, so Steve just gave it him and was shocked that Joel put it whole in his mouth.  Then he panicked and turned to me to tell me that Joel had put the whole date including stone in his mouth.

Whilst he was panicking, I had to go over, retrieve the date, remove the stone and put it back in his mouth.  Which he then promptly rejected as being tainted!!

I don’t know if it’s a new craze going round nursery or not, but at the moment, ‘uh-oh’ is heard a lot in our house.

He loves it!  And it’s not just him.  His friend Trudy is saying it as well and they’re at nursery together.

And his gestures are so funny.  If we say ‘where is something?’ He holds his hands up, as though he’s shrugging, and he’ll purse his mouth in an ‘oh’ shape, as though he’s thinking really hard about where something might be.  He’s quite the dramatist at the moment with it all.  Maybe he’ll be on the stage before too long.  He loves the attention he gets from it, and the fact he can make us all laugh.

Also, rather than developing his words like normal babies, he’s developing his gestures.  So rather than saying ‘more’ like others we know, he holds his hand out, and makes a grasping gesture to mean more.  I wonder whether we shouldn’t just let him have more, and make him try to ask for it.  The trouble is, we know exactly what he means and we give it to him.

His walking is really good now.  But try to take him for a walk and he howls, cries to be picked up, and drags his feet and sits down in a strop.  Show him a park or somewhere he can run around and he’ll run around for ages.  Steve took him to a field with a football and he was playing and running for about 90 minutes!!  That’s like a whole football match!  But just regular walking is a bit difficult at the moment, despite us trying to encourage him.  I guess he still counts as being young for walks like that at the moment, but I do worry we’re setting ourselves up for a stroppy walking child later on.  We’ll see!

I’m on Steve’s I-pad today, still haven’t replaced my laptop yet. This thing is awful to type on. I’m a touch typer and using two fingers feels rather alien to me. I eonder whether I can touch type on e keyboard.  Hmm a little bit.  I miss my lap top.  Joel on the other hand, he loves the iPad.  He knows how to swipe to open it up, then turns the pages to get to his page of apps.  I’ve downloaded him lots of children’s free apps.  At the moment he loves the Fisherprice ones.  They’re also on Steve’s iPhone. He loves talking ginger the cat and he has some singing ones and story ones too.

He is a technically clever baby and can do things on the ipad that Steve wishes he could but doesn’t know how!

He does also enjoy his other toys still though and will play very nicely on his own with his mega bloks, he likes sitting on his v-tech trike, and books are a big favourite at the moment.  When we take him to bed he’ll point to his book shelf and say “burr” which we think must mean b ook, and so we read him a bed tie story.  Sometimes he’ll try to drag. It out, more with Adaddy than Mummy, and daddy has been known to read all the books! Mummy is more strict and will read no more then two before putting Joel in his cot!

With Christmas coming up he’ll be getting a whole lot of new toys so we’re going to need to make some space I guess.That’ll be difficult.  We’ve got him a 2nd hand Brio train track, In the Night Garden books, Two Wow cars,and I was looking at the Aquadoodle sets as I’ve read good reviews of them and heard good things about them.  We’ve asked family for new books to fuel his new love of them, and a toy vacuum cleaner as he loves our real one and the toy ones at toddler group!

I’m about half way rough my Christmas shopping.  Trying to be leaner this year but it’s hard when there’s so many more to buy for!  I can’t wait though.  I’m getting excited already!

Whereas Steve and I have been sleepy zombies for most of the day.  I got up with him 2-4, then Steve took over 4-6 and I got up with him at 7.30 and we’re both shattered and Joel has just been his normal happy self.

Can toddlers do without that much sleep?  Because I certainly can’t.

We’ve tried to tire him out today, so he’s been to town for the Italian market this morning, he did some serious toddling around and about, and after a nap of 1.5 hours, we went to Cannock Chase and he must have toddled about 1/2 mile, and been out in the fresh air, splashed in muddy puddles, found interesting things like pine cones, sticks etc… made fun noises on the drums, sat on the fish, and generally enjoyed it all.

After a tea of cheesy pasta with broccoli, and a yoghurt for pudding, he played and played and played until 7.30 then had hysterics when I picked him up to carry him upstairs.  But once we got up there he calmed down and went straight to sleep.

Lets hope he sleeps all night long tonight.  And we can see whether it will take a full on exercise day to make sure he sleeps well every night!!